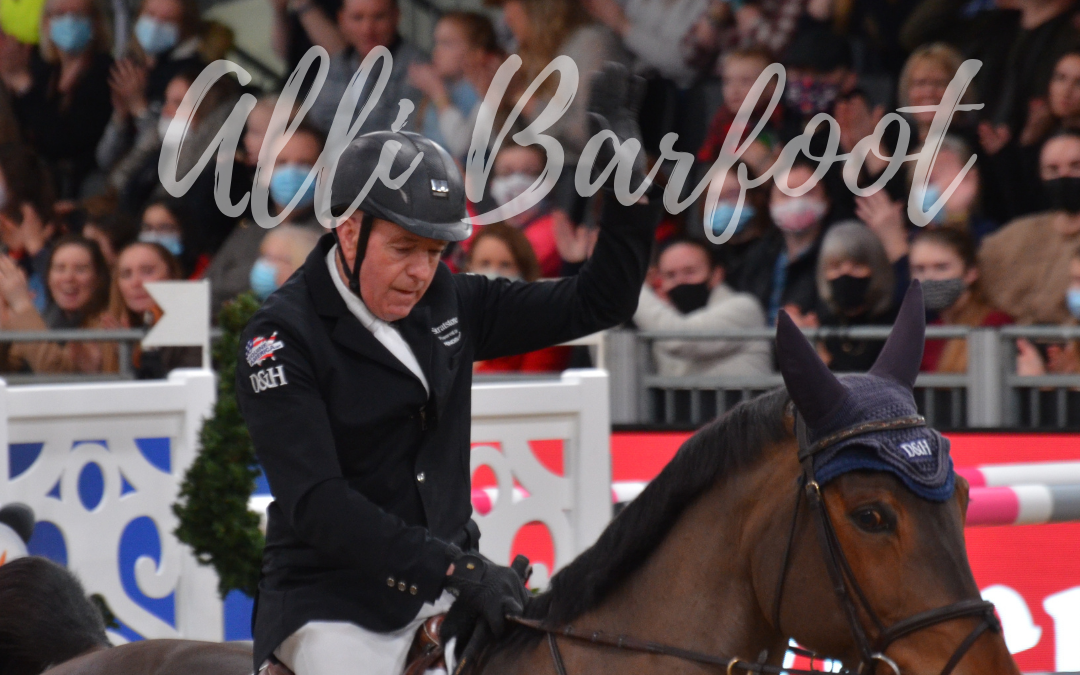 Heading to to London from Dorset is always a big journey for me, I grew up in London and returning to the big smoke I find quiet exciting. Travelling to Olympia not Olympia was even more thrilling as its one of the shows I thoroughly enjoy and it starts off Christmas. Getting to the new venue at ExCel was easy on the trains, getting there for 8 in the morning was remarkably quiet for London in rush hour! The ExCel was massive, having not travelled around much it was a bit like an airport! I collected my press pass and headed off to get my bearings.

The warm up arena was well lit and so lovely as the champagne bar was along side it, I did have a glass with the British Equestrian Writers Association later in the day!  The main arena was really impressive, with a Martin Collins surface and a sound system to beat nightclubs it was a bit like being transported to a West End Musical, at 10 in the morning for the Grand Prix dressage for a moment it felt like the middle of the night!

I caught up with one of my heroes, 66 year old total legend, John Whitaker who had just jumped massive fences and asked him what he wanted from Santa, he replied jokingly “he could do with a new tractor” he smiled a chuckled a bit and carried on “to be honest, I’ve got a few grandkids now and it’s more fun watching them open the presents than what I’m going to get myself, it’s nice spending Christmas with the family, that’s the main thing” I was curious to know if he did get a tractor what make it would be, he smiled and replied “John Deere”

Thursday was the dressage Grand Prix and some spectacular tests were performed. The crowds were not so big that morning but that didn’t stop them cheering and giving the riders a real big show atmosphere, so missing from Tokyo this year. The stand out test for me was Charlotte Dujardin and Gio, from a coaches perspective seeing them master all the moves was breathtaking, during the last piaffe it felt like the audience held its breath. I caught up with Charlotte after her winning test and asked her what she wanted from Santa this year, she replied “as long as Santa looks after our health, this year has made me think about so many things, more than actually things that I need, like the importance of family”

After the excitement of the horses I headed off for a full on shopping tour of the shopping village, in years past I’ve been known to leave a bit like Julia Roberts in Pretty Woman, with my arms and back straining with all the purchases and heavy bags! This year I impressed myself with not buying a thing, thinking easier to take business cards instead.. do have my eye on a sparkly stock from Flying Changes Bespoke Jackets, and a great horse shoe sculpture stall BL Sculptures. The Horse & Hound stall were handing out free copies so I did get one! All in all a fabulous show and super organisation, well done to all the teams involved behind the scenes. I’m interested to see if The London International stays at ExCel or returns to Olympia next year.